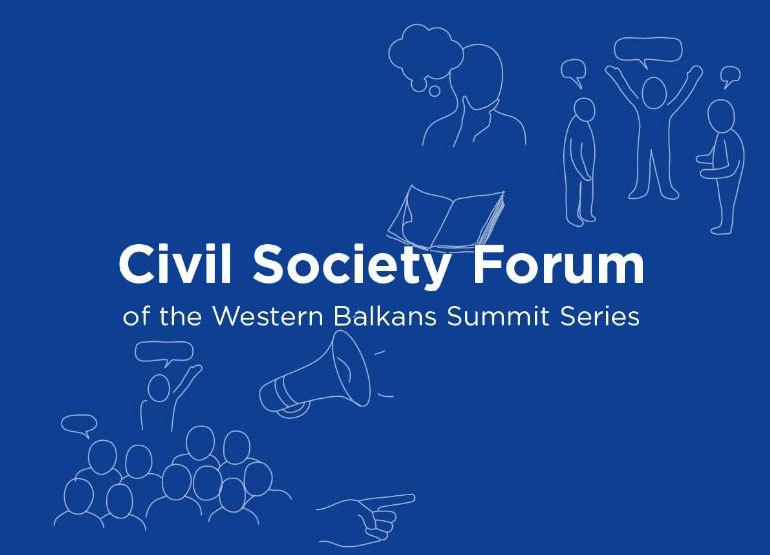 The European Fund for the Balkans, the European Council on Foreign Relations – Sofia office,  and the Institute for Democracy “Societas Civilis” Skopje will jointly organize the Think Tank and Civil Society Forum on November 9th, 2020, which will precede the Berlin Process 2020 Sofia Summit (November 10th, 2020).

The Berlin Process has taken up the EFB initiated Civil Society Forum as part of the process itself. The Think Tank Forum has been added last year under the Polish Presidency with assistance of Institute for Eastern studies OSW and Institute for Democracy ID. This year, after the Think Tank Forum in Skopje, EFB, ECFR Sofia and ID are reaffirming the importance of both the formats at the event in Sofia, even if they will now take place in a hybrid set-up. If the epidemiological situation allows, the panellists would be physically present, and the audience and other discussants online. In case the situation worsens, the whole event would be solely online.

The aim of the event will be to shed light on the current priorities of the Berlin Process initiative with a focus on EU’s response to the Chinese activities in the Western Balkans. It will be explored how geopolitics in the region affect citizens’ lives by providing concrete examples by prominent civil society representatives. The event will bring together a selected group of participants from all areas of the civil society whose activity is focused on foreign policy, environment, energy. The forum should stimulate cooperation between the governments and the civil society with the aim to bring the people’s needs closer to politics.

Geopolitics in the Western Balkans region becomes a matter of daily lives for most citizens – through heavy air pollution or through face recognition cameras. The 6 capitals of the region were among the top 10 of the most polluted cities globally during the 2019/2020 winter. In Belgrade, the capital of a negotiating country for EU membership, 1000 face recognition cameras are being installed. Huawei and Chinese police officers are helping their Serbian counterparts to learn how to best use them. The whole process is non-transparent and not even the camera locations are announced. Citizens have organised themselves and are mapping them.

The Chinese investments are going on further throughout the whole region - from power plants and tire factories to 5G equipment. China’s regional approach in the Western Balkans is becoming an important topic especially in the framework of the region’s European integration. This is taking place in times of green transition and EU’s proposal for European Green Deal which is expected to lead to calls for more transparency and accountability in terms of the Chinese activities in the region.

The idea of the event is to have the broader picture of geopolitics and geo-economics discussed at the Think Tank Forum, and then a concretisation of the implications on the daily lives of citizens.