The European Fund for the Balkans has joined ASB Serbia and Friedrich-Ebert Stiftung for Southeast Europe in support of the ongoing “Social Dimension Initiative” (SDI) campaign, which was launched by ASB in August 2018, aiming to stress the necessity of better social and employment policies in the enlargement process of the Western Balkan countries beyond the framework of the EU social acquis.

At the regional conference “Leaving No One Behind in the Process of Western Balkans’ European Integration” that took place within the Social Dimension Initiative (SDI)   on November 6th  2018 in Belgrade, all six WB ministers in charge of social policy signed the declaration on joint advocacy for improvement of the social policies in the Western Balkans, expressing their support and readiness to strengthen social and employment policies in both conception and implementation, in cooperation with all other stakeholders, while also tackling issues of regional cooperation.

They agreed to act jointly to ensure that the quality of everyday life of the citizens in the Western Balkans progressively comes closer to the levels of the European Union, that the growth in the region is distributed evenly and that no one is left behind.

With regard to political and economic reforms, there has been an improvement in terms of political commitment to the EU accession process for the Western Balkan region. For a decade, Western Balkan countries benefited from substantial EU assistance. Still, the region is facing social risks associated with poverty, income inequality, unemployment and other forms of social exclusion.

The goal of the cooperation coalition consisting of the Fund, FES and ASB is to increase the visibility, spell out and reinforce the messages of the SDI, exchange information and coordinate planning and activities in order to increase the impact of this important regional initiative. 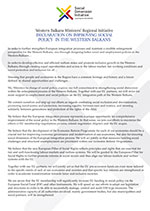 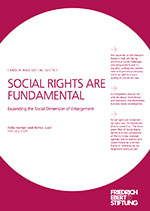 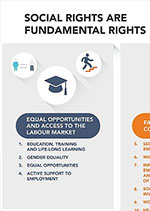