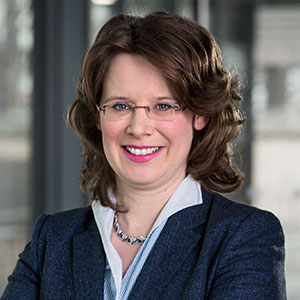 Since 2020 Atje Drexler is Senior Vice President International Cooperation and Understanding at the Robert Bosch Stiftung, Germany, overseeing the work of the foundation in the topics Inequality and Conflict. From 2013 to 2019 she headed the department International Relations Europe and its Neighbors, and in addition was responsible for developing the Africa portfolio of the Robert Bosch Stiftung.

Atje has been with the Robert Bosch Stiftung since 2001 starting her career in the Health and Science Department where she held the position of Deputy Head of Department from 2007 through 2012. In this position, she was responsible for research at the foundation’s medical institutions, namely the Robert Bosch Hospital, the Dr. Margarete Fischer-Bosch-Institute for Clinical Pharmacology and the Institute for the History of Medicine. Before joining the foundation, she worked in the automotive industry after graduating from the University of Göttingen in 1998 with degrees in Slavic Studies and Economics.