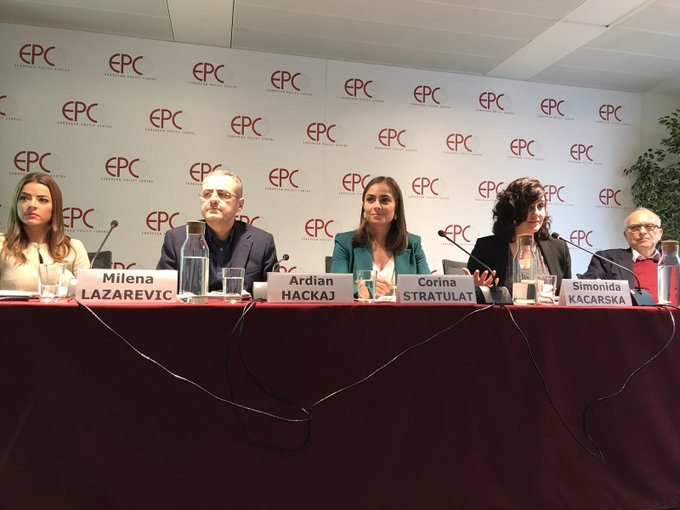 The European Fund for the Balkans, IAI and EPC joined forces in organizing the policy dialogue
“Towards a new strategy for the Balkans: Another paper exercise?”.

The aim of the event was to discuss the EU enlargement policy towards the Western Balkans after the European Council failure to open accession negotiations with Albania and North Macedonia, in October 2019, and before the publishing of a new strategy about the future of EU enlargement by the European Commission, in February 2020. What should the new EU enlargement policy look like? Which aspects of the existing approach need to be replaced? Which EU funds could be opened up to the WB? These are some of the concrete issues that were discussed.

Our Executive Director Aleksandra Tomanic and Matteo  Bonomi (Research Fellow at the Institute of International Affairs) opened  the  floor  for discussion to the  panelists: 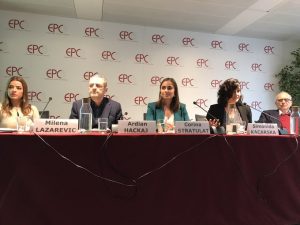 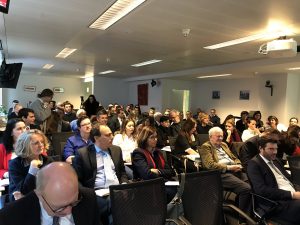 The panellists discussed ideas for the reformed enlargement policy, stressing that a credible future European perspective, which for now remains uncertain, must be ensured and, where necessary, reaffirmed. They also advocated greater involvement of civil society and local communities in the accession negotiations process, which must be modified so as to actually deliver for the citizens and show immediate benefits, thus strengthening crucial public support for the EU path. In the meantime, as we wait for the Commission to publish its strategy paper, the socio-economic situation in the region remains unchanged and it is unlikely that the new methodology will encourage economic growth, political reforms and government accountability, which are the urgent priorities for the region.